In August 2012, Stevinson Automotive celebrated its 50th year of business in Colorado. We’re very proud of our half-century of selling and servicing cars to generations of satisfied Coloradans, and thought you may enjoy learning a little more about the history of Stevinson Automotive. 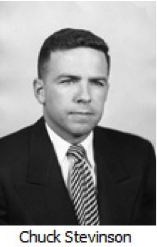 The Stevinson story began in 1962 when our parents, Chuck & Pat Stevinson left their friends and family in Kansas City and headed west by wagon (well, a station wagon) to Golden, Colorado to purchase a small and struggling Chevrolet dealership. Chuck coined Stevinson Chevrolet as the “only Chevy dealer on Ford Street,” and spent the next eight years growing the small franchise into the foundation for what would become one of Colorado’s preeminent automotive and real estate development companies. 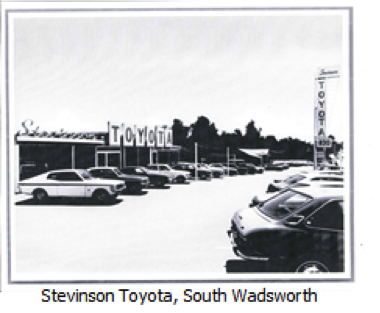 In the late 1960s, Chuck became interested in a new generation of smaller, fuel-efficient imported automobiles after taking a ride in a friend’s Volkswagen Beetle. Convinced the small car wasn’t just a fad, Chuck sought out other imported automotive brands that were looking to expand to Colorado and opened his first Toyota dealership in 1970. The public knew very little about Toyota in those early years, but with Chuck’s strong marketing acumen and salesmanship the new venture grew quickly.

In 1972 the Stevinson family of franchises expanded again, with the acquisition of Crest Motors (now known as Stevinson Imports). Originally a Toyota/Volvo, Jaguar/British Leyland dealership, Stevinson Imports dabbled in such exotic brands as Lotus before evolving into its present day offering of Porsche & Jaguar, located on South Broadway in Littleton. 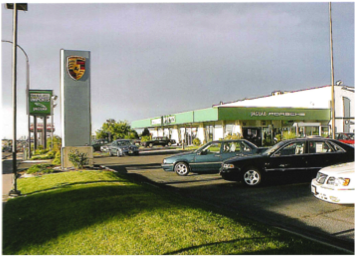 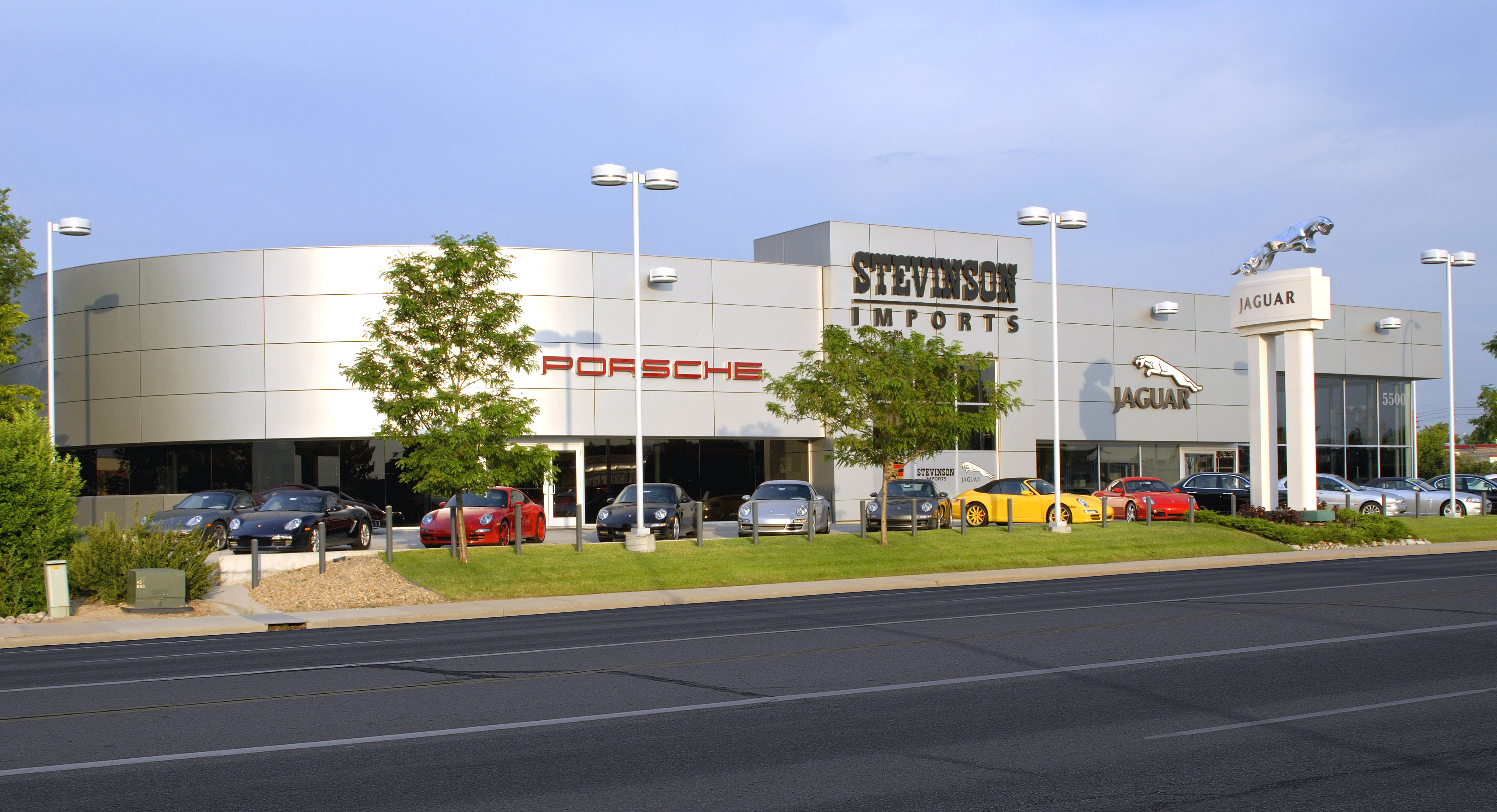 The following year (1973), Stevinson Chevrolet relocated from its original location on Ford Street in Golden to a modern new facility on the corner of Colfax and Indiana. At the time of its opening, Stevinson Chevrolet was the largest Chevrolet facility in the Rocky Mountain Region, and boasted an array of technical advances and Customer amenities never before seen in Denver. 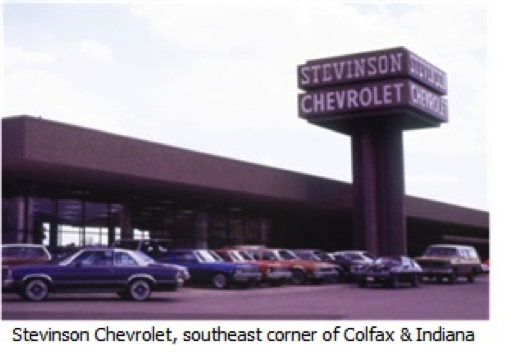 In 1976, Stevinson expanded again by relocating our second Toyota franchise, which is now known as Stevinson Toyota East in Aurora. Since opening, we’ve remodeled the Toyota East facility and expanded to 54,000 square feet on ten acres.

1989 was the year that Stevinson was selected as one of the first of 60 Lexus dealers nationwide. It was then that Stevinson Lexus of Lakewood opened as Colorado’s first Lexus dealership. Lexus was a virtual unknown in the luxury automotive segment, but quickly grew to the industry’s leading luxury automotive brand thanks to a winning combination of engineering excellence, reliability and outstanding Customer service. 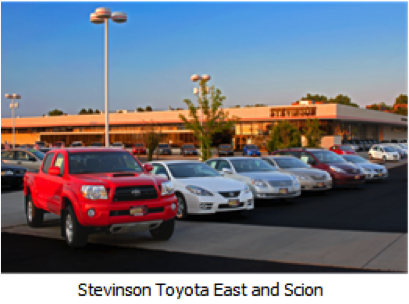 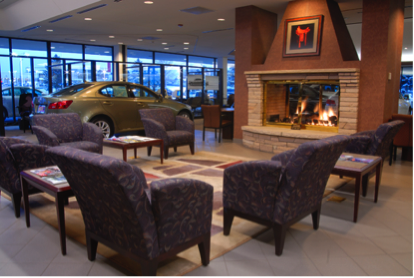 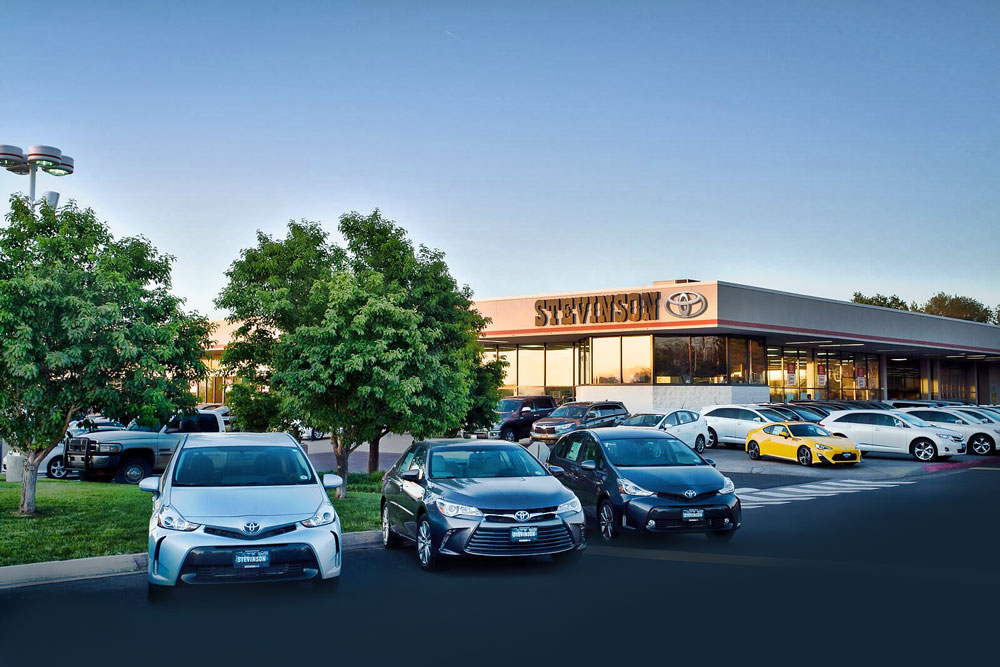 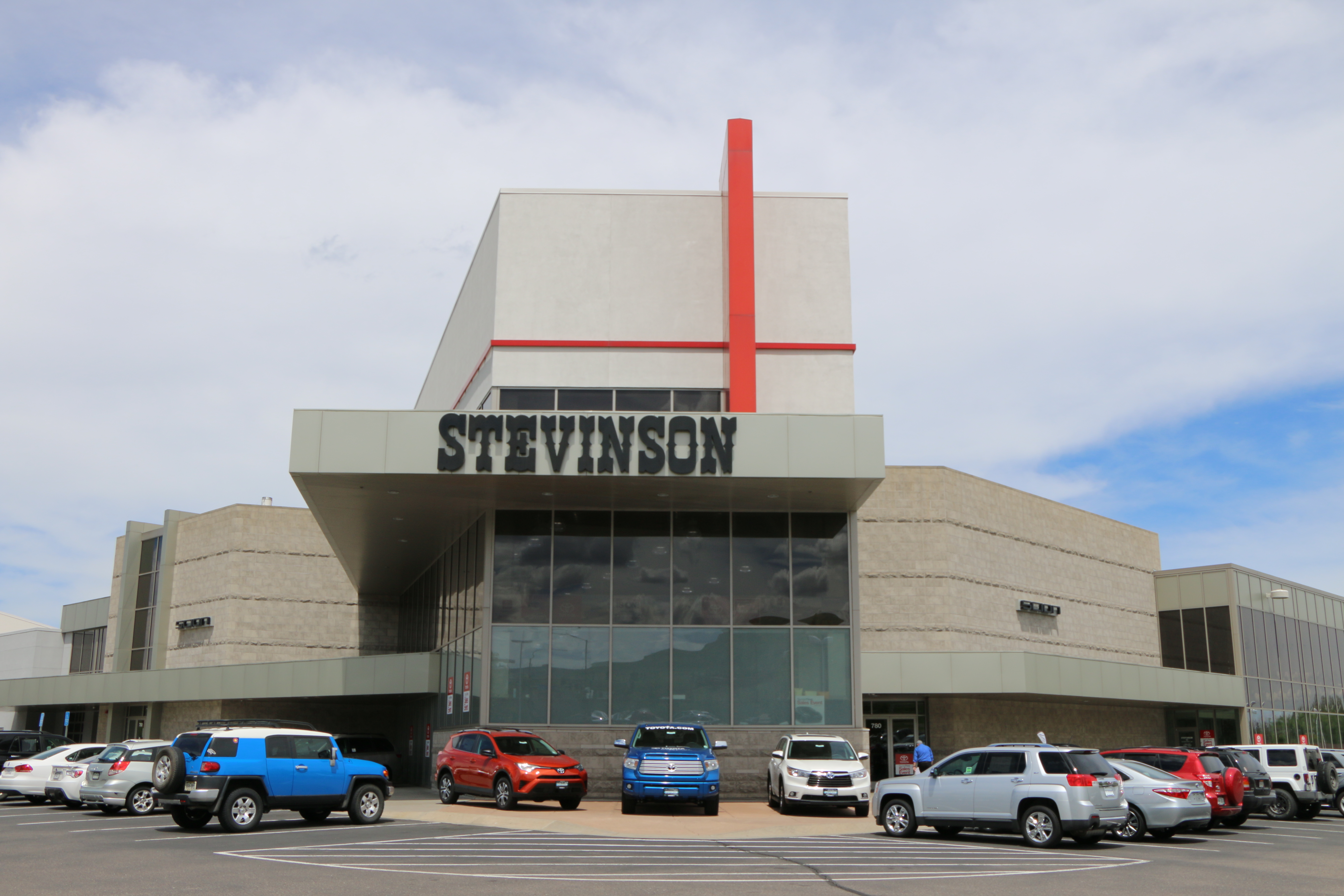 In 2004, Stevinson Automotive added two Scion franchises to our portfolio, Scion East in Aurora and Scion West in Lakewood. Scion was the new youth-oriented brand from Toyota which launched with the unique Scion xB, a small but surprisingly roomy four door urban vehicle. 2004 was also the year Stevinson Toyota West moved to a modern 110,000 square foot facility on the corner of W. 6th Avenue and Indiana. The new building greatly expanded our capacity to sell and service Toyotas with 15 acres of space and 64 service bays.

In 2005 Stevinson Chevrolet moved to a newly renovated facility directly across the street from its former location. The new address increased the dealership’s size to 91,000 square feet on 17 acres with 51 service bays. 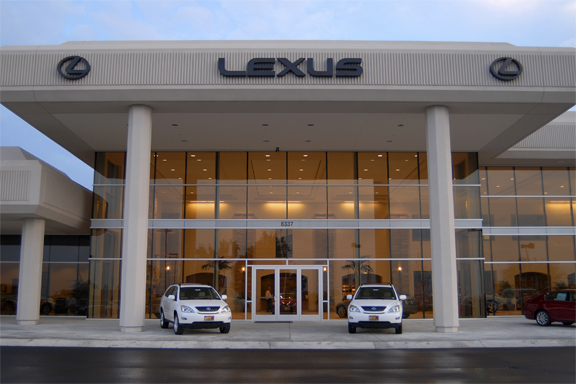 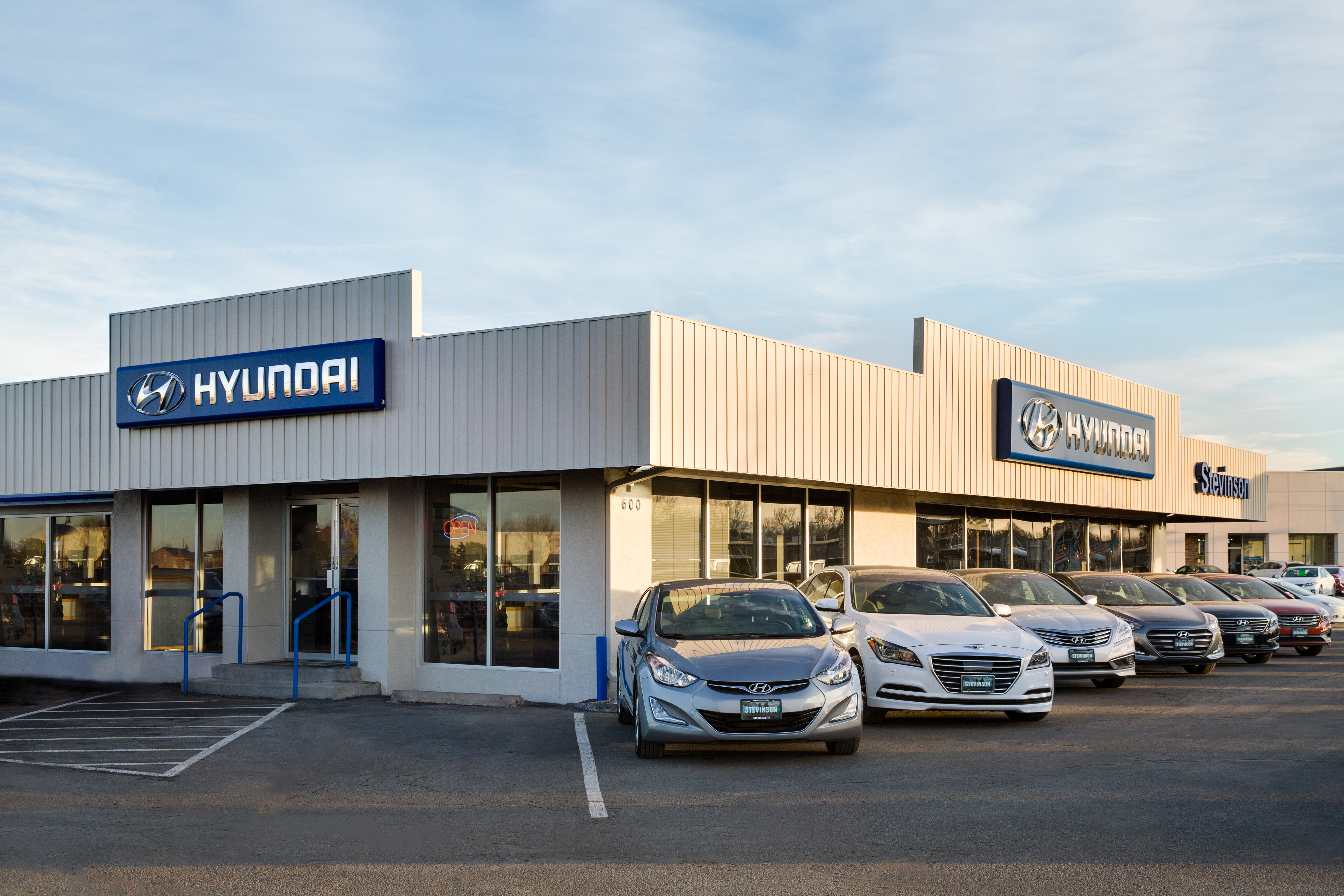 Our newest member of the Stevinson Automotive family is also in northern Colorado, Stevinson Hyundai of Longmont. The rapid growth of the Hyundai brand is very reminiscent of the success our family enjoyed with Toyota in the 1970s.

Today, we operate ten automotive franchises from seven locations across Colorado with plans for continued growth and expansion.

As we look back on our 50+ years in Colorado, we credit our success to over 600 employees and their families (many of whom have over 25 years of service with the company) and our wonderful Customers. My family built our business on the simple principle of treating every Customer as if they were a guest in our home, and delivering a little more than expected. The same principles Chuck Stevinson founded our business upon in 1962 are still what guide us today; we remain committed to these ideals because they are an integral part of our family business history and have formed the foundation of our family’s success.

As the automotive industry continues to evolve in the future, we are proud to be family-owned and operated. On behalf of my family and more than 600 Stevinson associates, it’s been both our privilege and pleasure to serve the automotive needs of Coloradans for the last 50+ years – here’s to 50 more!